About Kota:- Kota is located in Rajasthan.  Kota is a district of Rajasthan State. “Seven Wonder Park is situated in Kothri Choraha near by Kishore Sagar Talab, Who is far 6.8 km from the station. Kota is an educational city in which mainly IIT’s coachings.

Now we talk about Seven wonder park. We know that seven wonders are covered the whole world. Of which Taj Mahal is in India. It is a matter of luck for us. Everyone wants to visit these wonders. However, to fulfil this desire, a lot of money is required and time should be spent which everyone does not have in this busy life. But now it is not a matter of concern. Yes, if you want to roam the Seven wonders of the world.

If you want to see the Seven Wonders in less time and less money then you will find this in the Kota city of Rajasthan state of India, these wonders have been created by imitating the real Seven wonders in Kota.

7 Wonders of the World :

The COLISEUM is in the centre of the city of Rome, Italy .originally known as the Flavian amphitheatre was commissioned in AD 72 by emperor Vespasian. It was completed by his son Titus in 80 with later improvements by Domitian. The is huge, an ellipse 188.00 M long and 156.00 M wide. 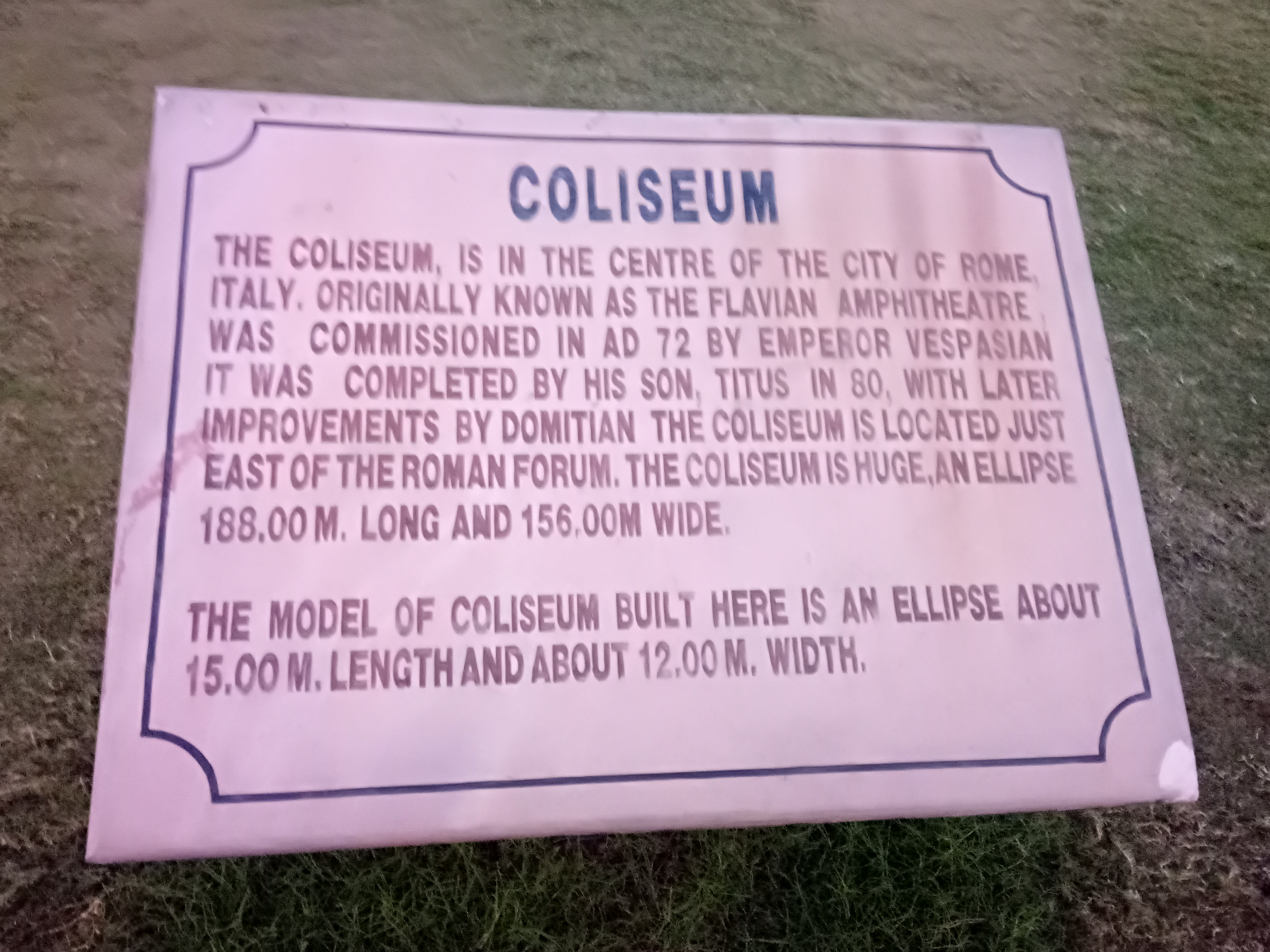 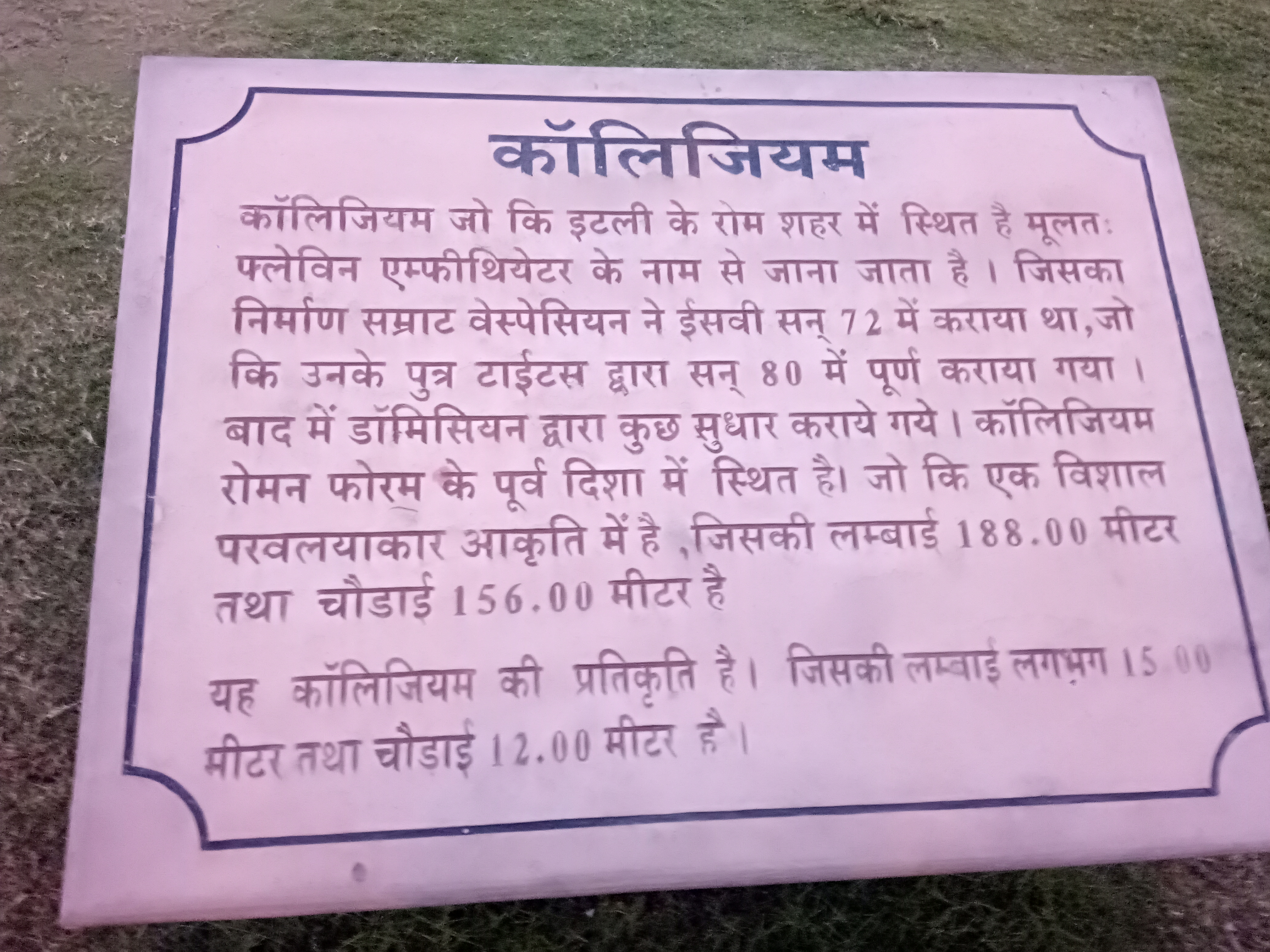 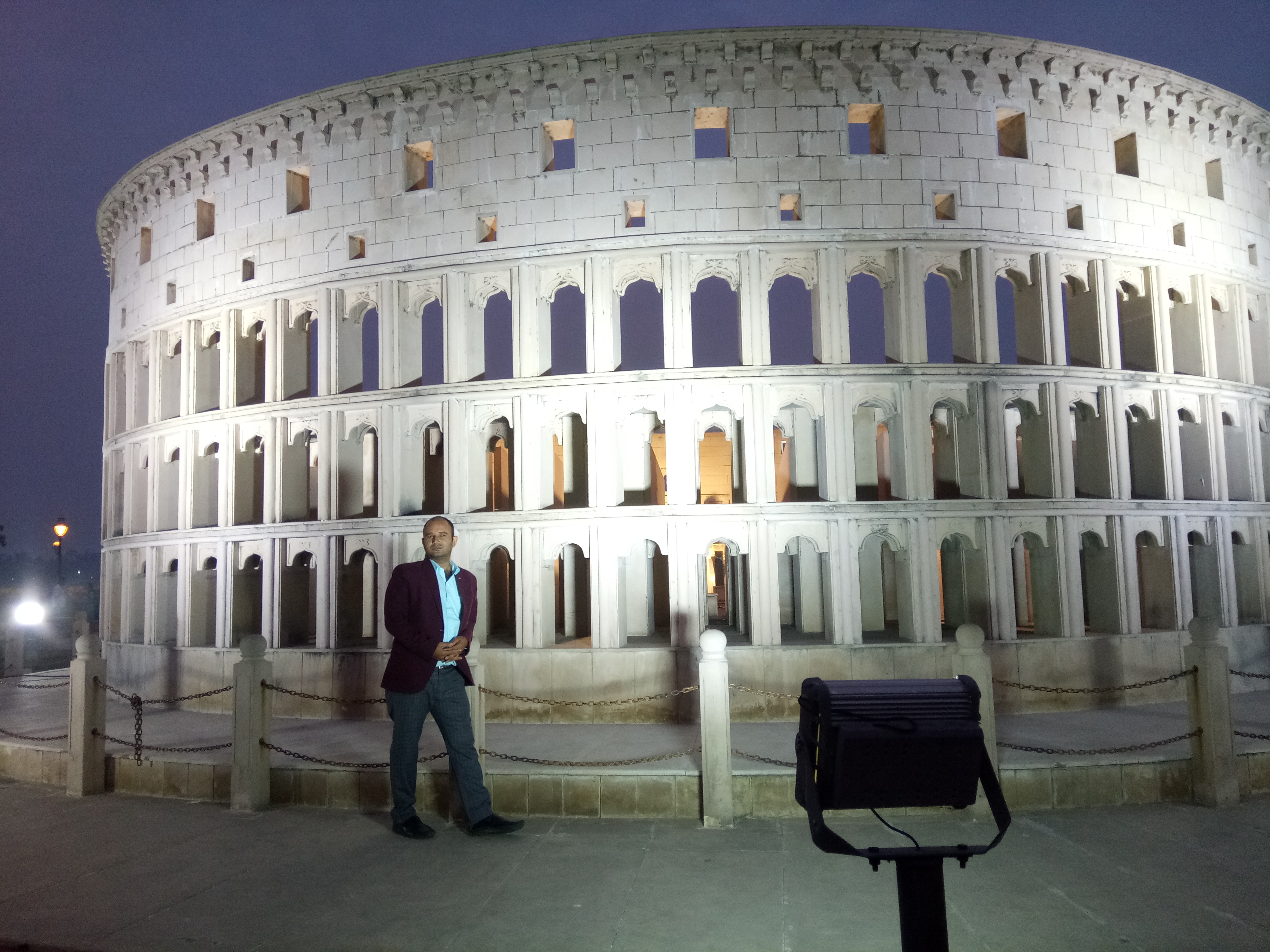 It is the only one of the famous “ seven wonders of the ancient world” that still stands. It is the great pyramid, at Giza, Egypt. It is 230.42 meters long on each side,137.16 meter high, it is made by stone blocks.

The model of a great pyramid built Kota is having a height of about 7.5 meters. 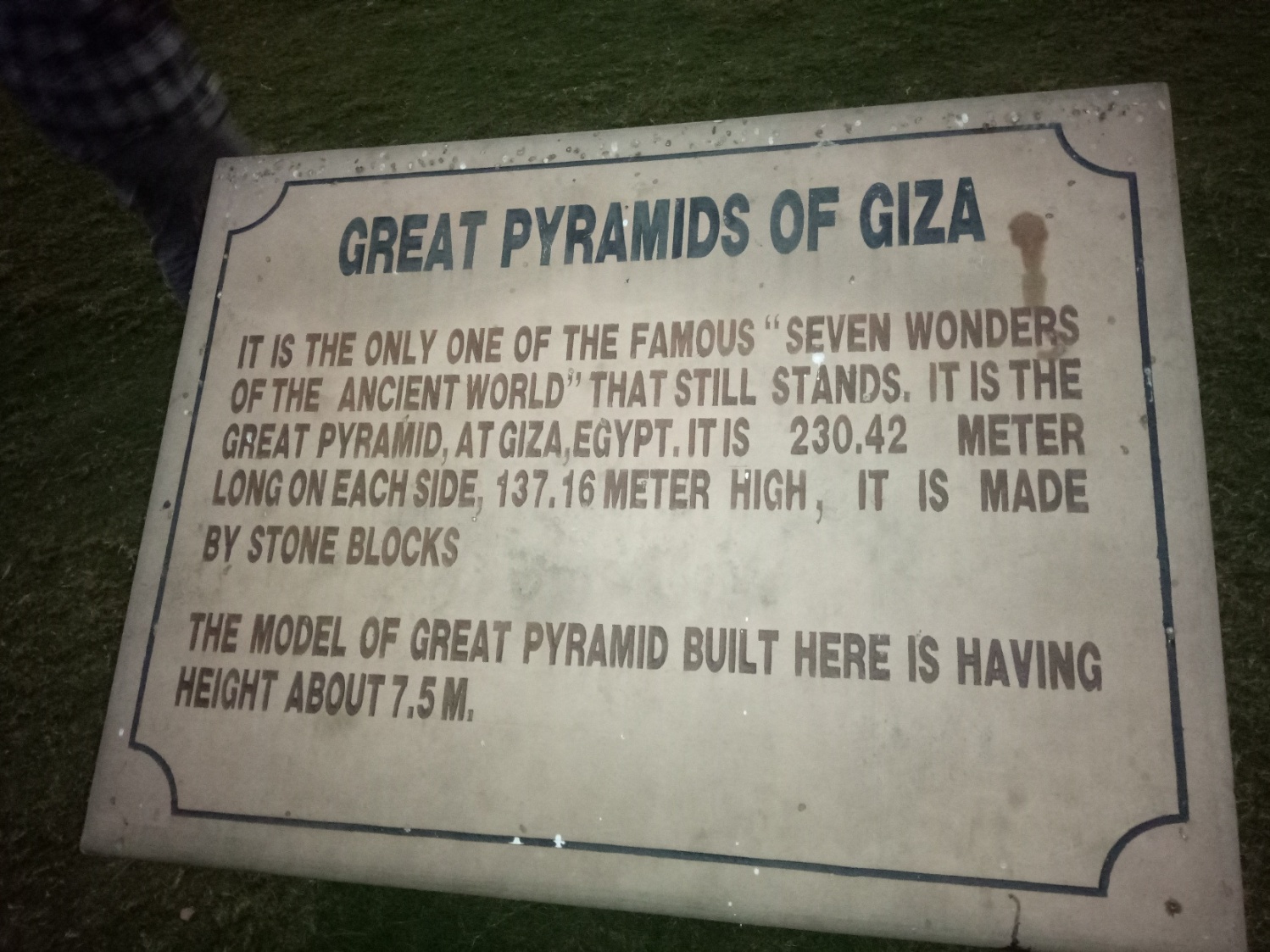 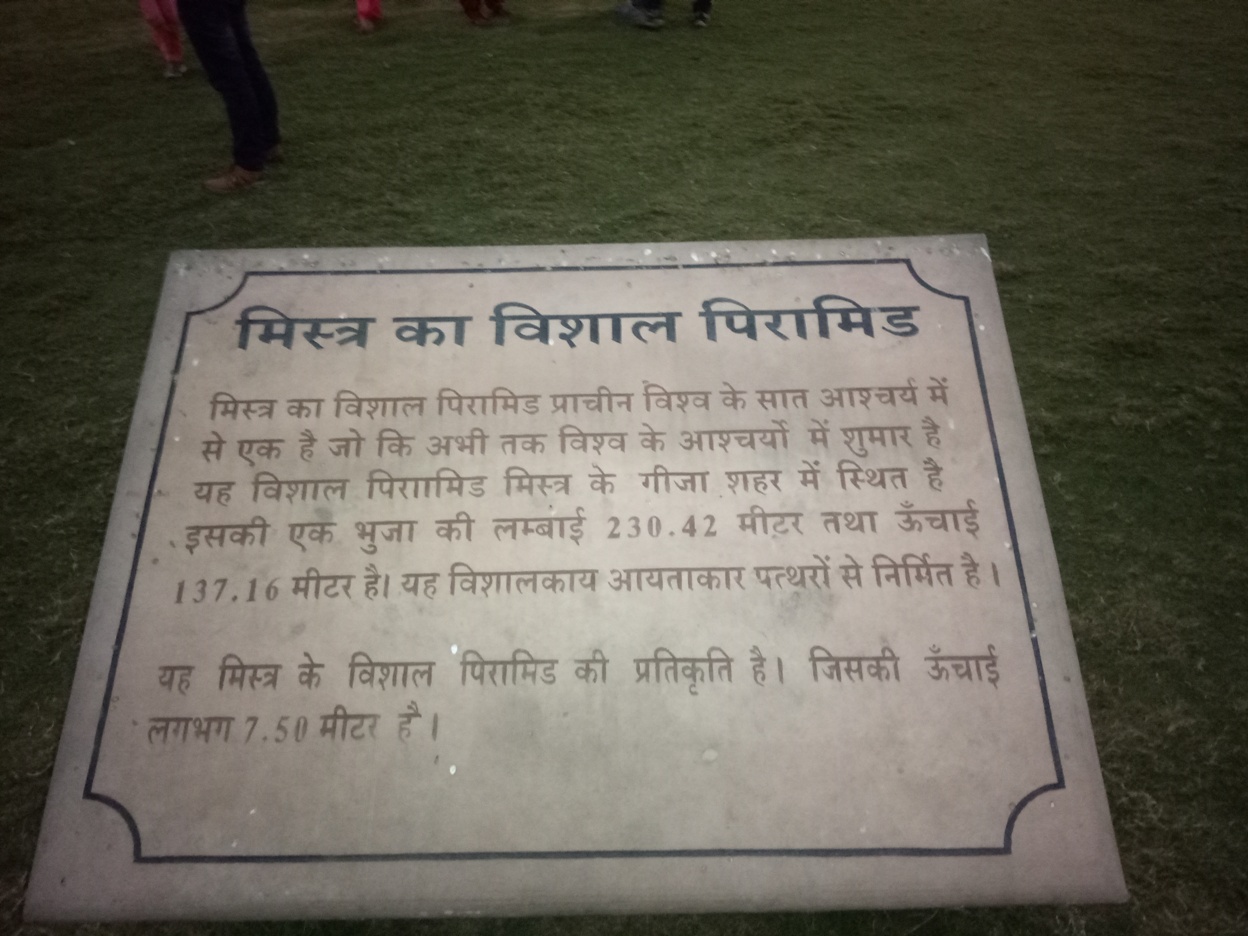 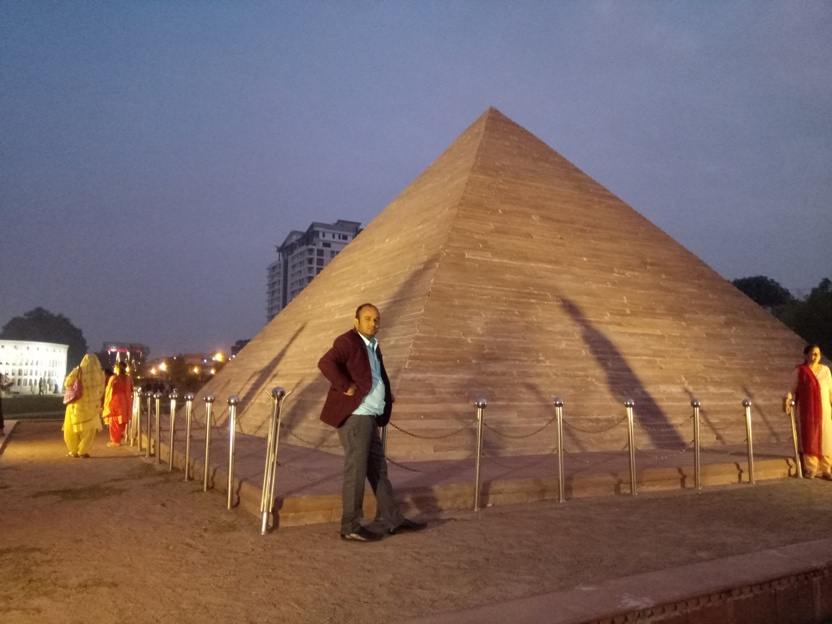 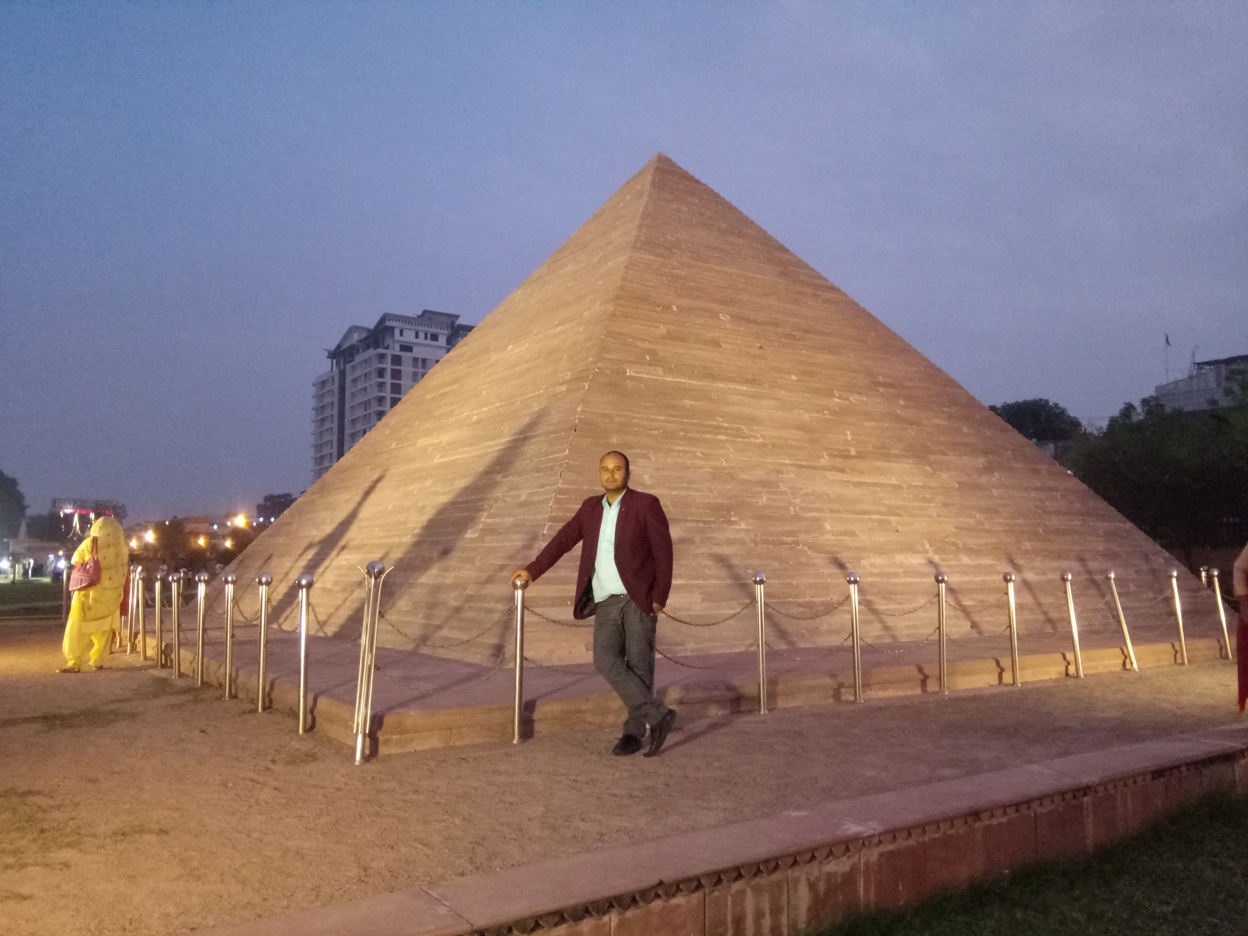 It is a white marble mausoleum located in Agra, India. It was built by Mughal emperor Shah Jahan in memory of his third wife Mumtaz Mahal. Construction of the Taj Mahal began in 1632 the principal mausoleum was completed in 1648 and surrounding buildings and garden were finished five years later its height is around 35 meters.

The model of the Taj Mahal built Kota is having a height of about 7.5 meters. 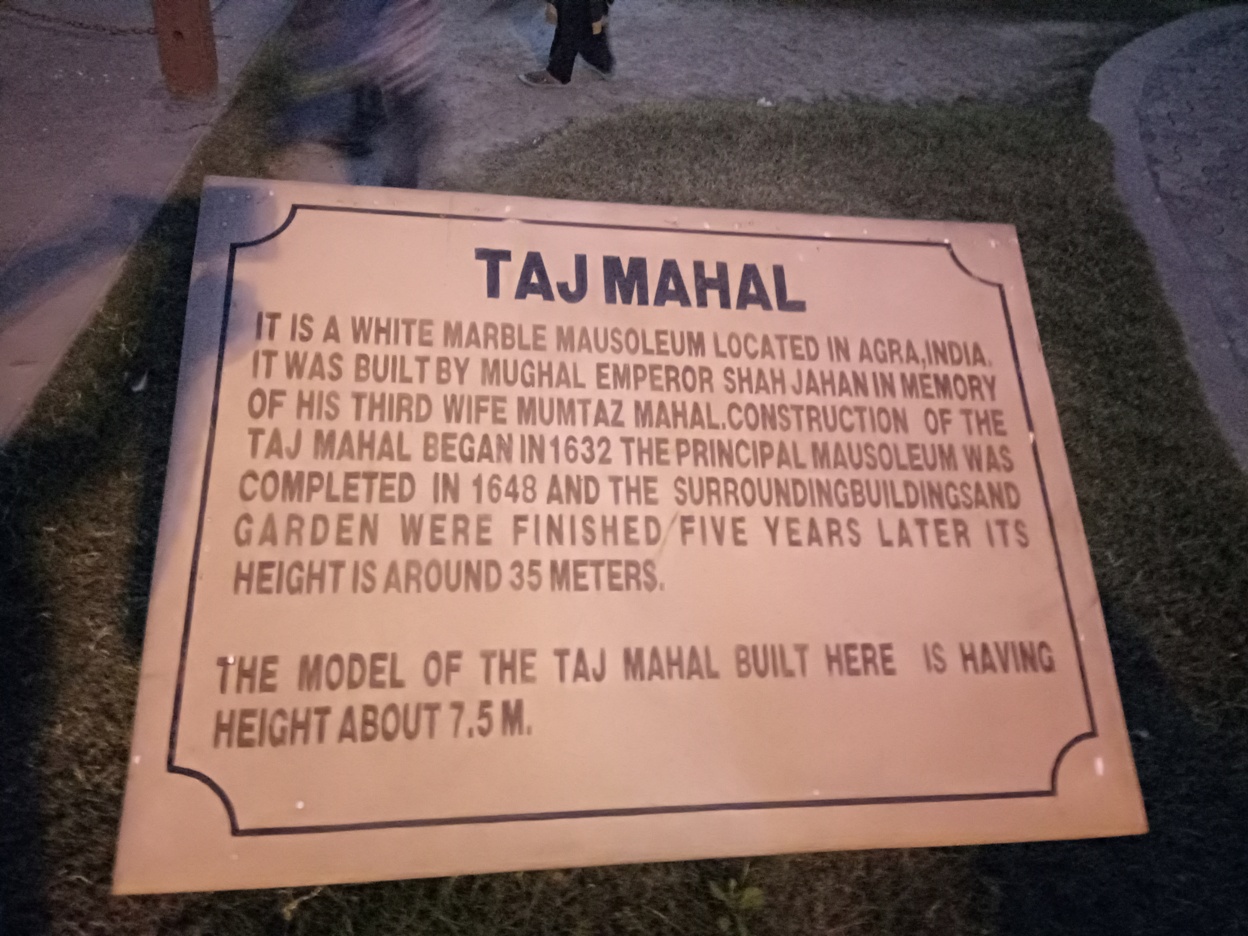 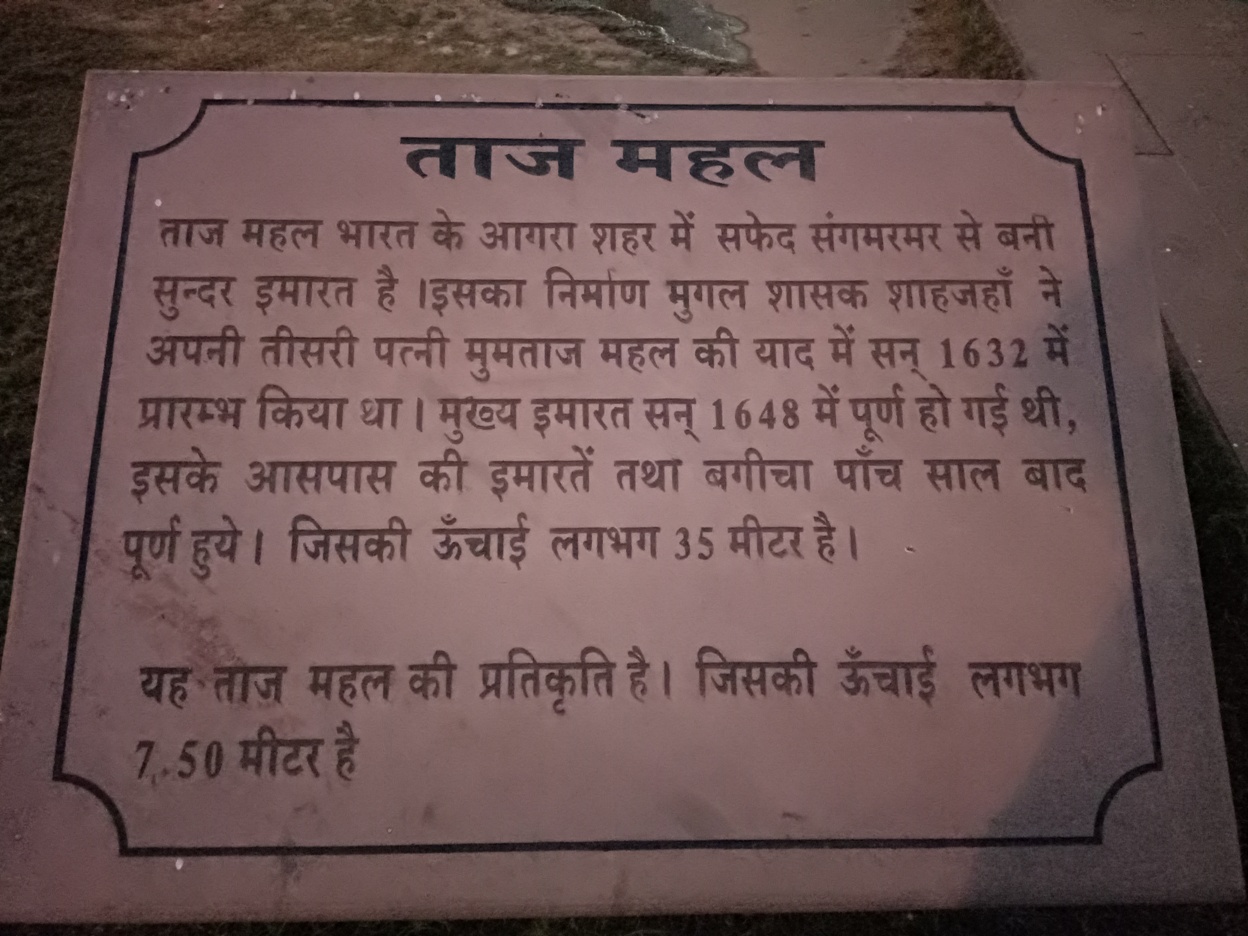 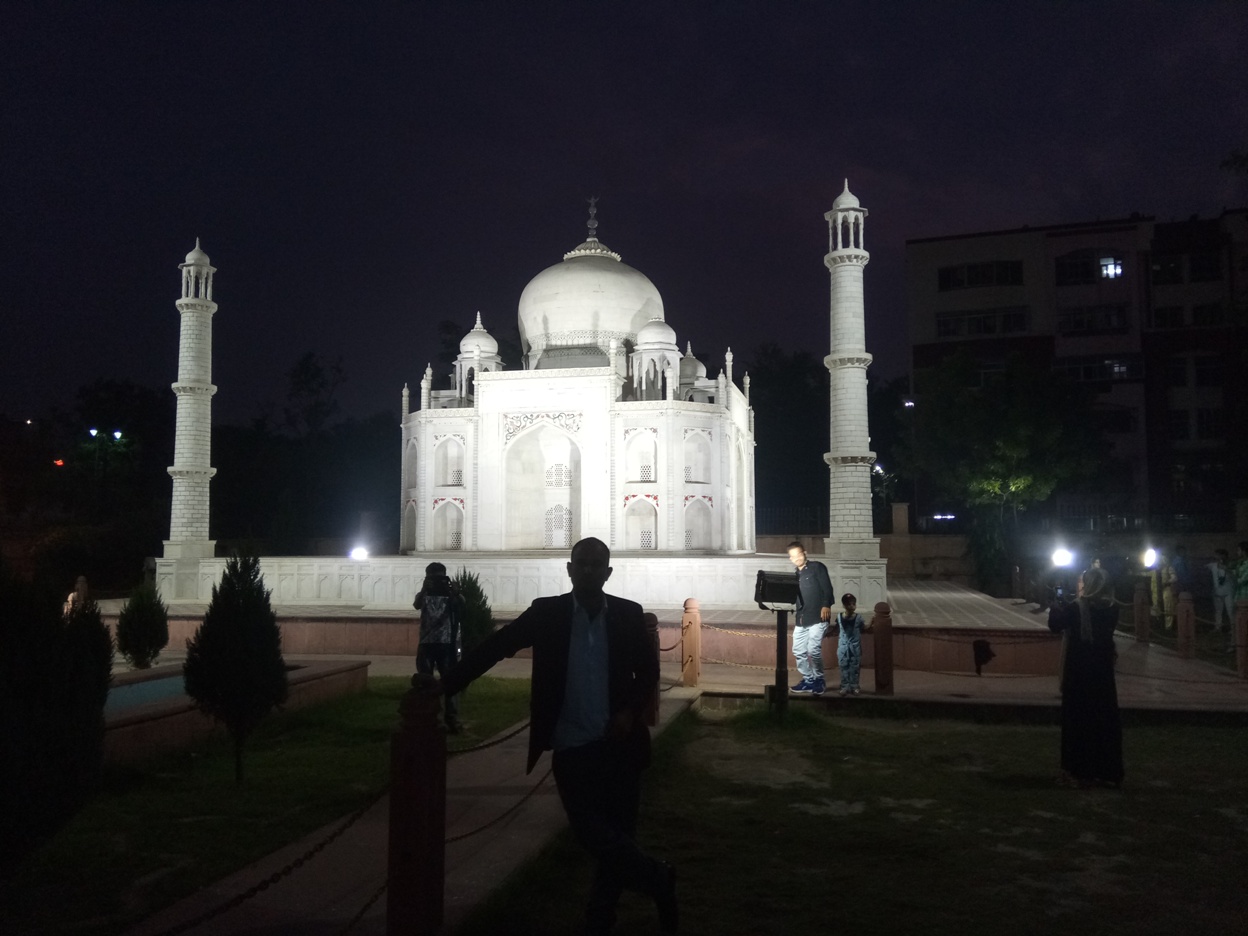 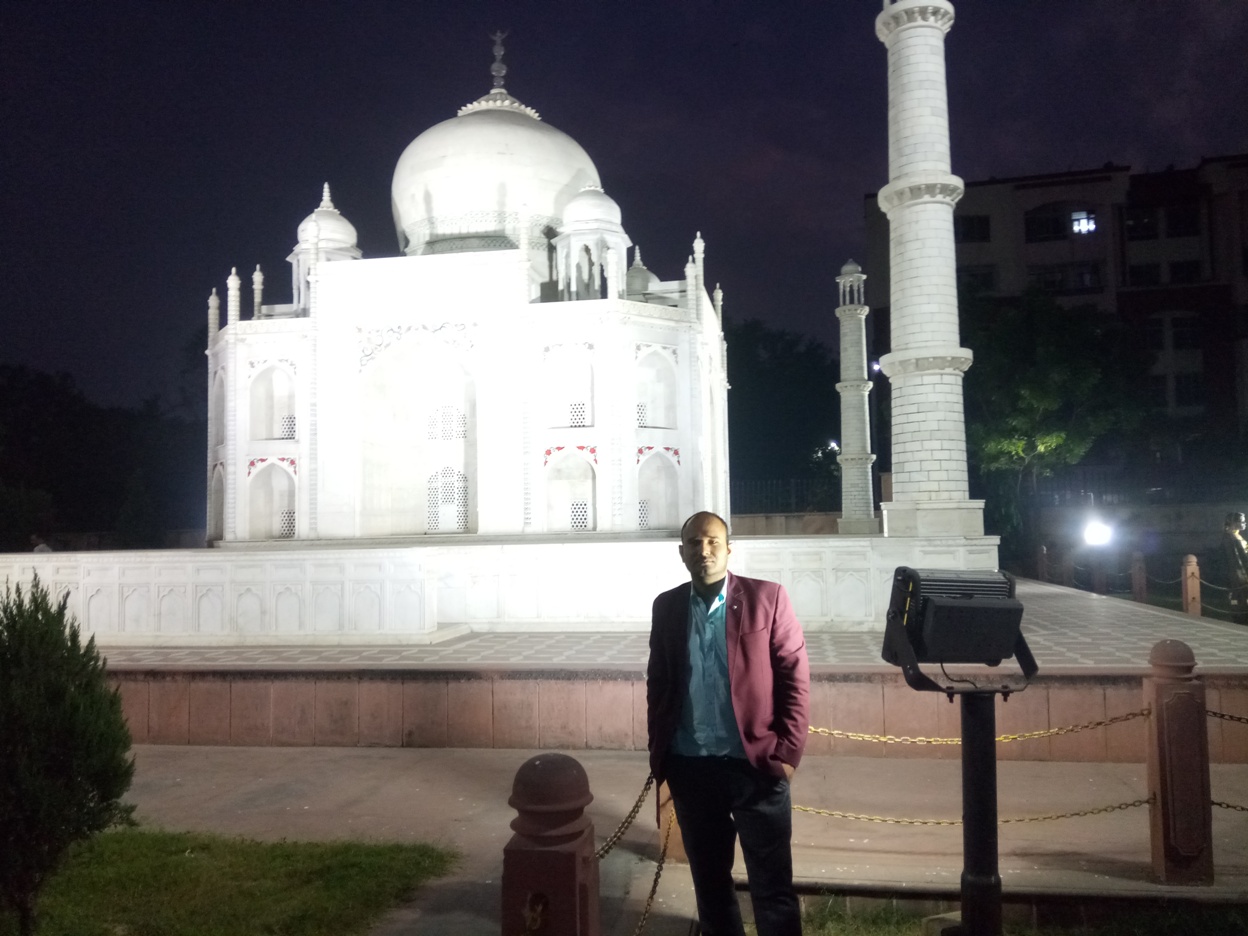 STATUE OF THE LIBERTY:-

The statue was a joint effort between America and France and it was agreed upon that the American people were to build the pedestal, and the French people were responsible the statue and its assembly here in the united states. Pedestal constriction was finished in April of 1886. The statue was completed in France in July 1884 and arrived in New York harbour in June of 1885 the statue was assembled on her pedestal in four months on October 28ththe height of the statue is 46.50 meters over same height pedestal.

The model of the statue of the liberty build here is having a height of about 5.00 meter over the same height of the pedestal. 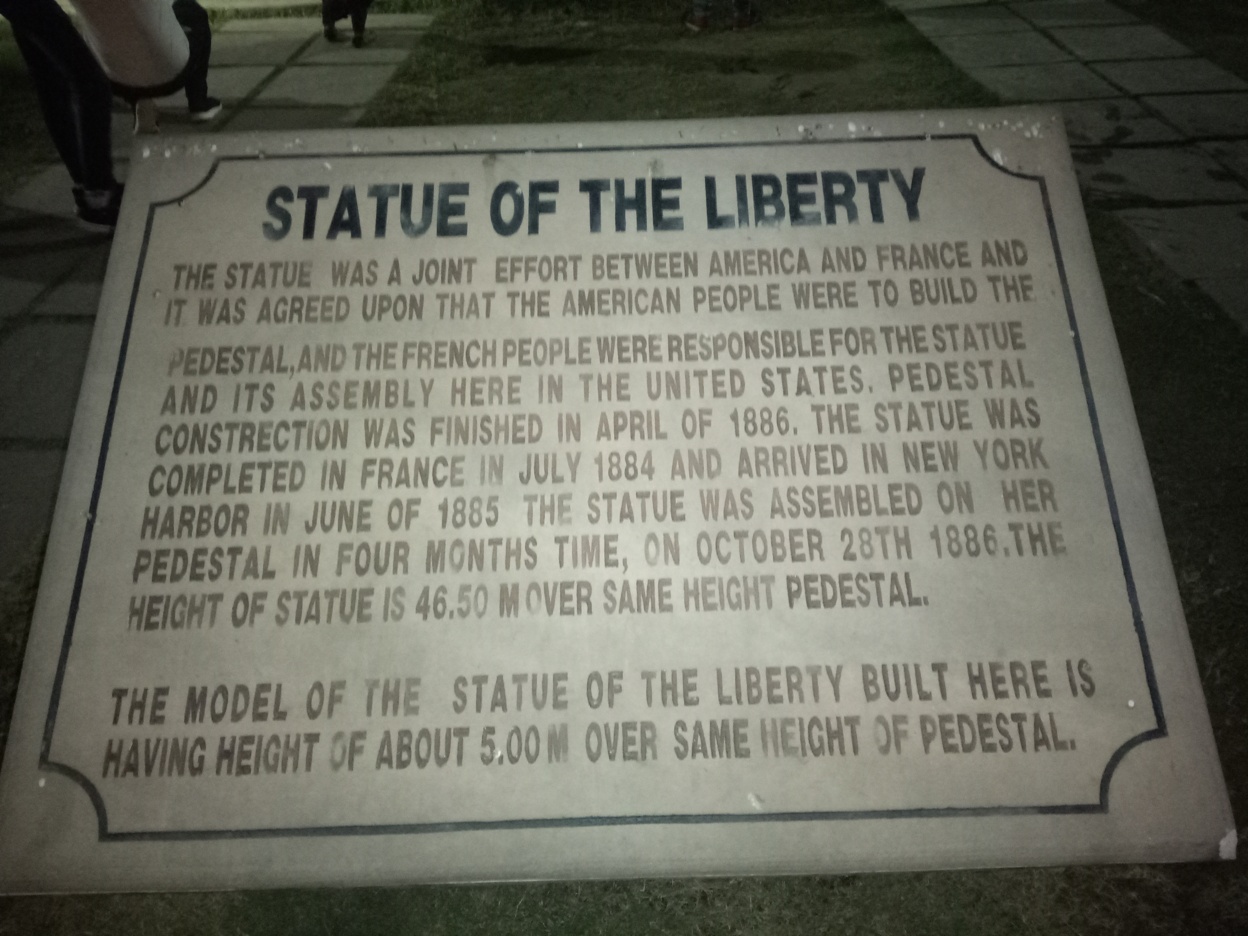 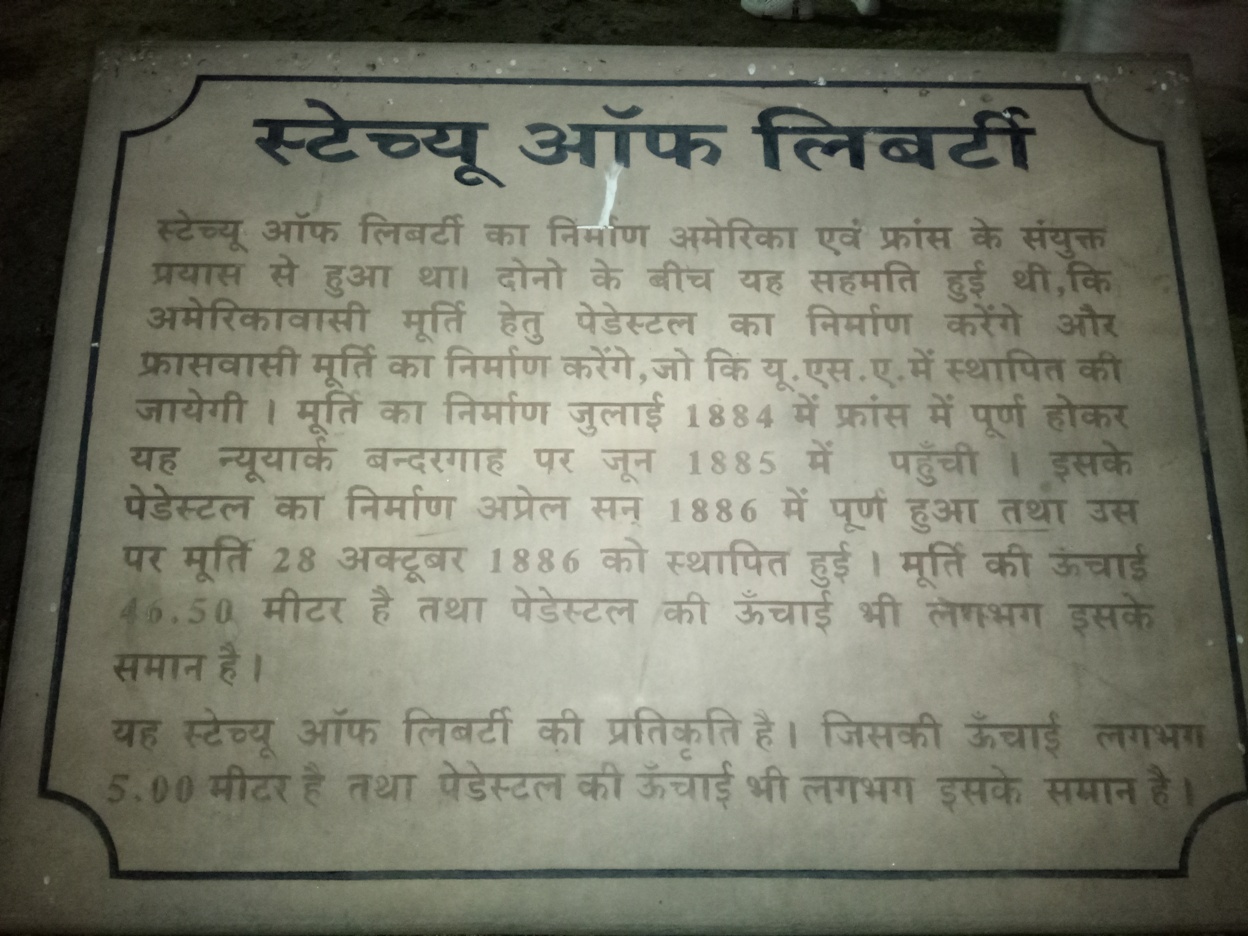 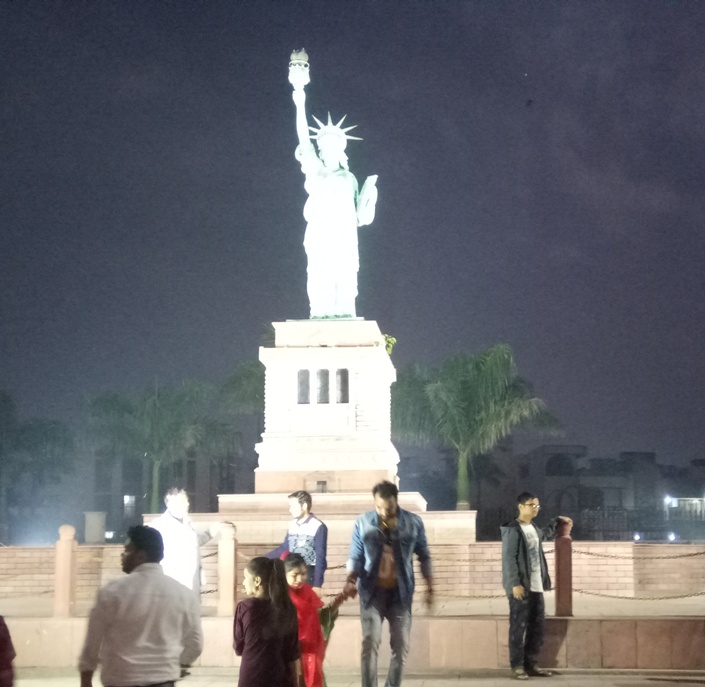 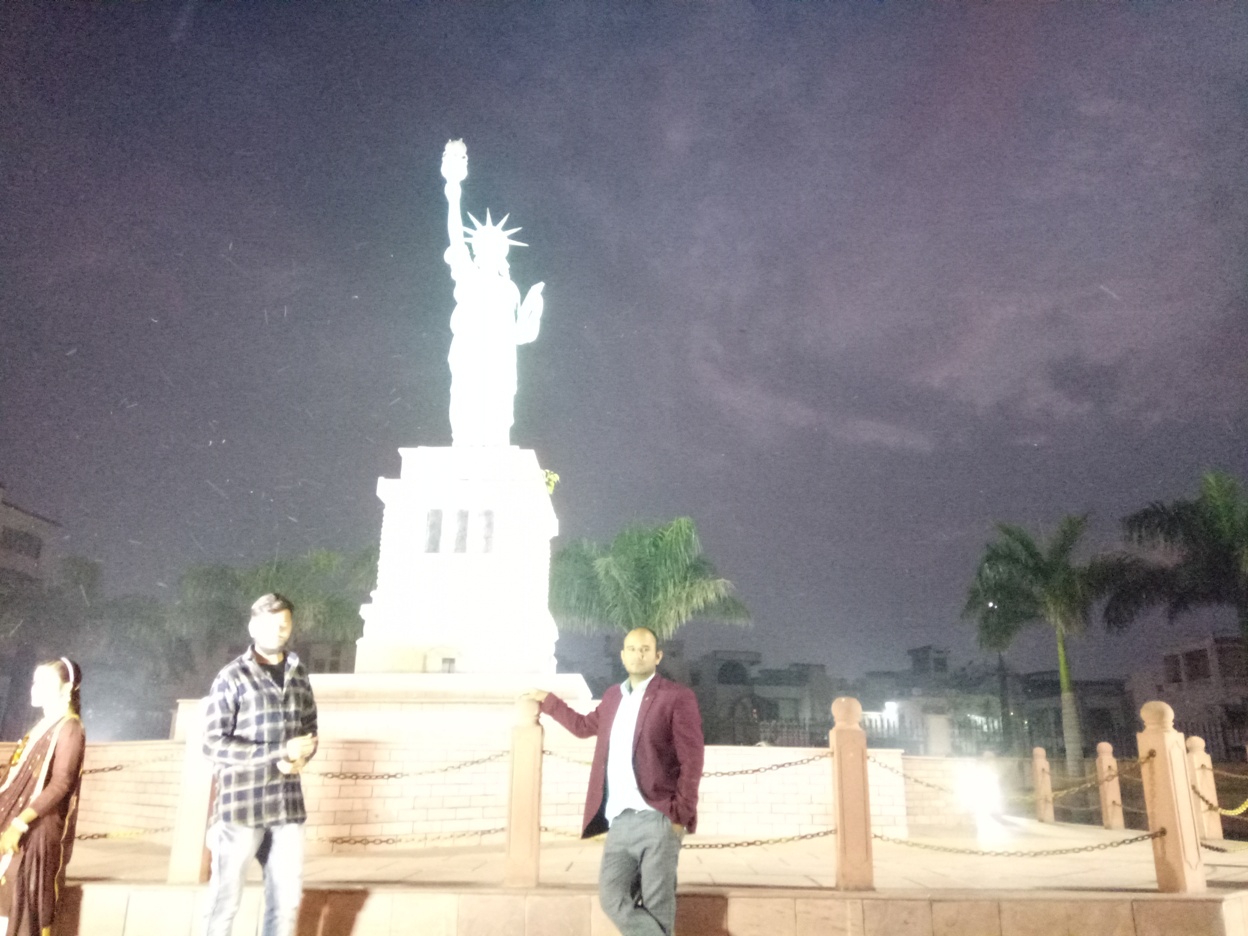 The model of the leaning tower of Pisa built Kota is having a height of about 18.00 meter. 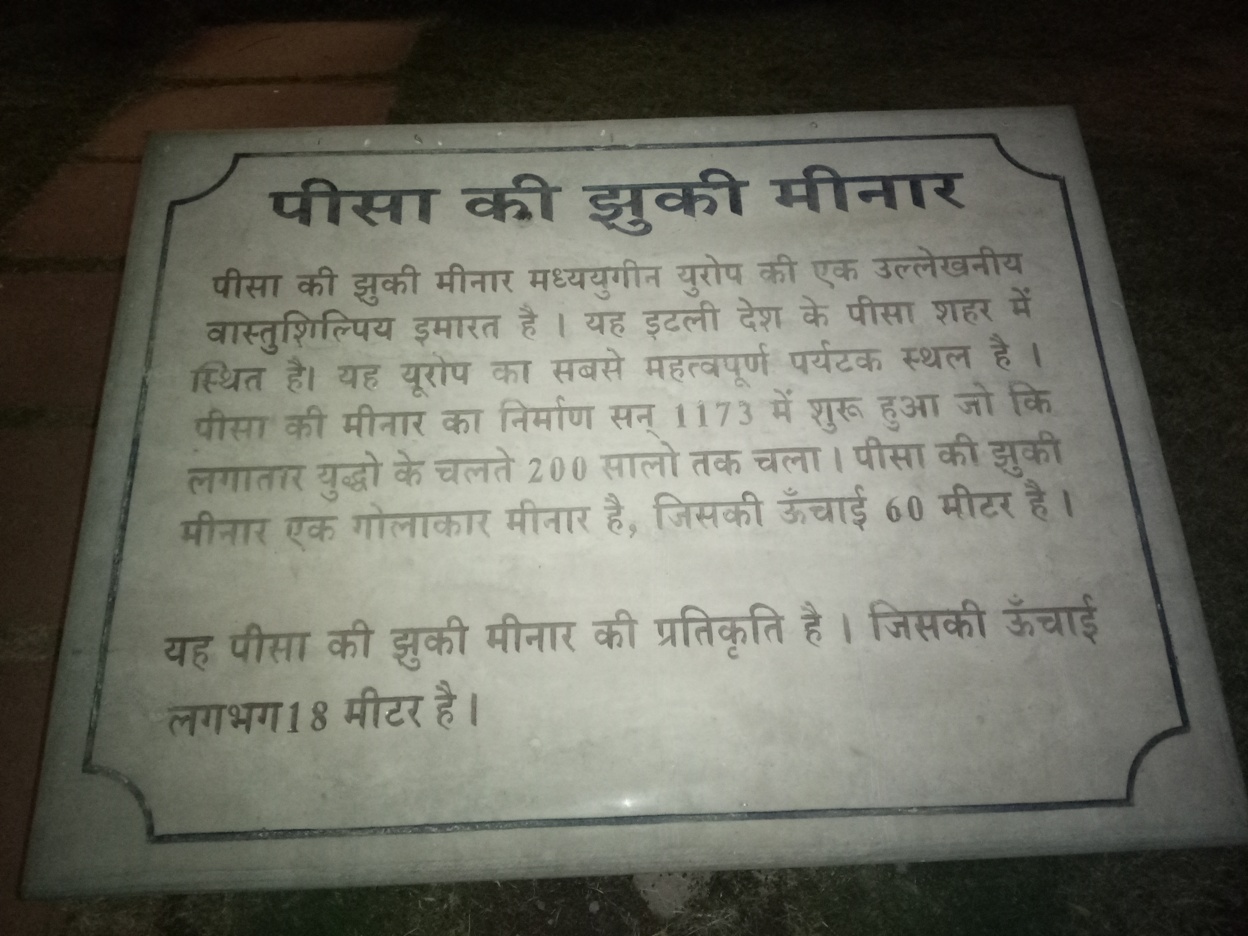 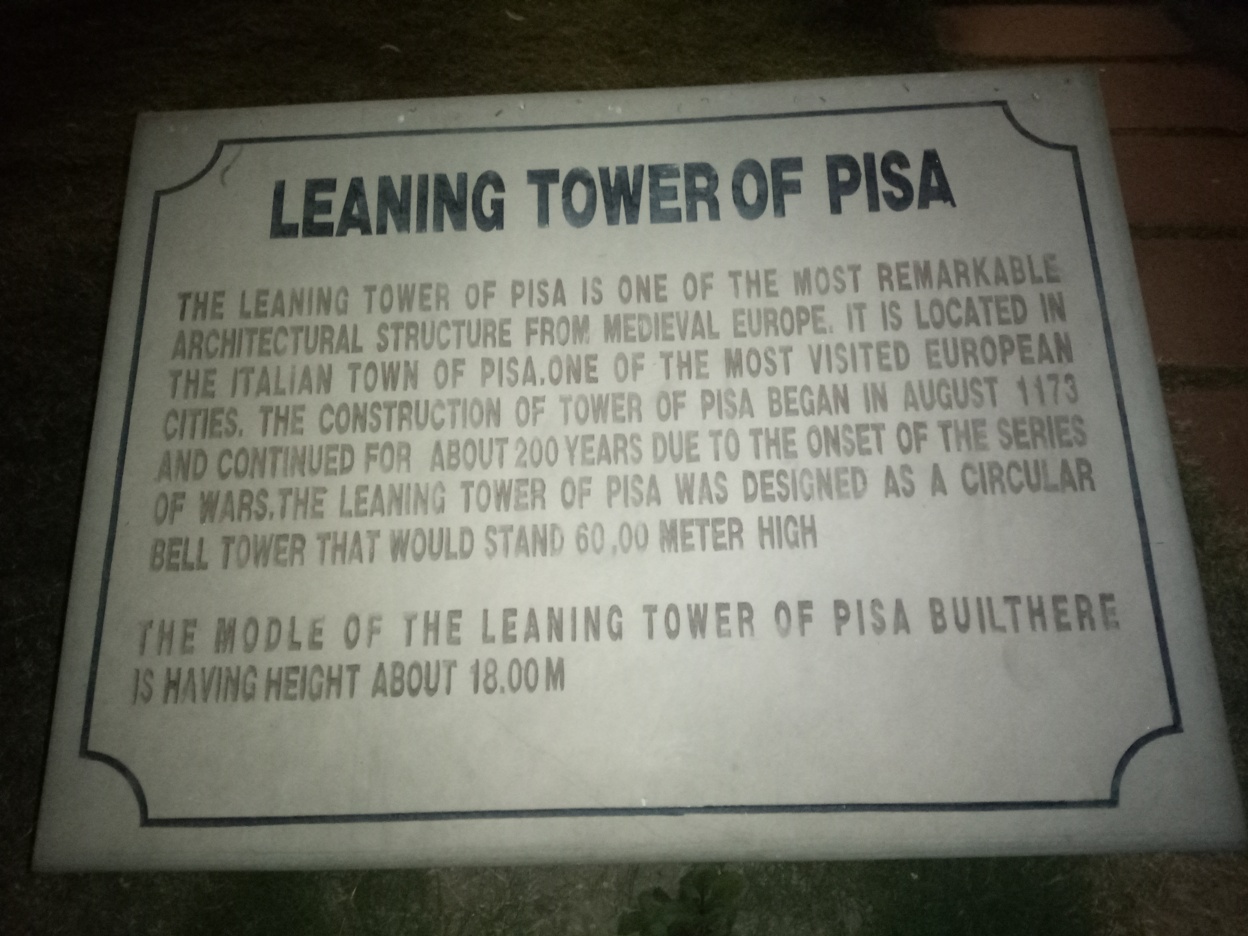 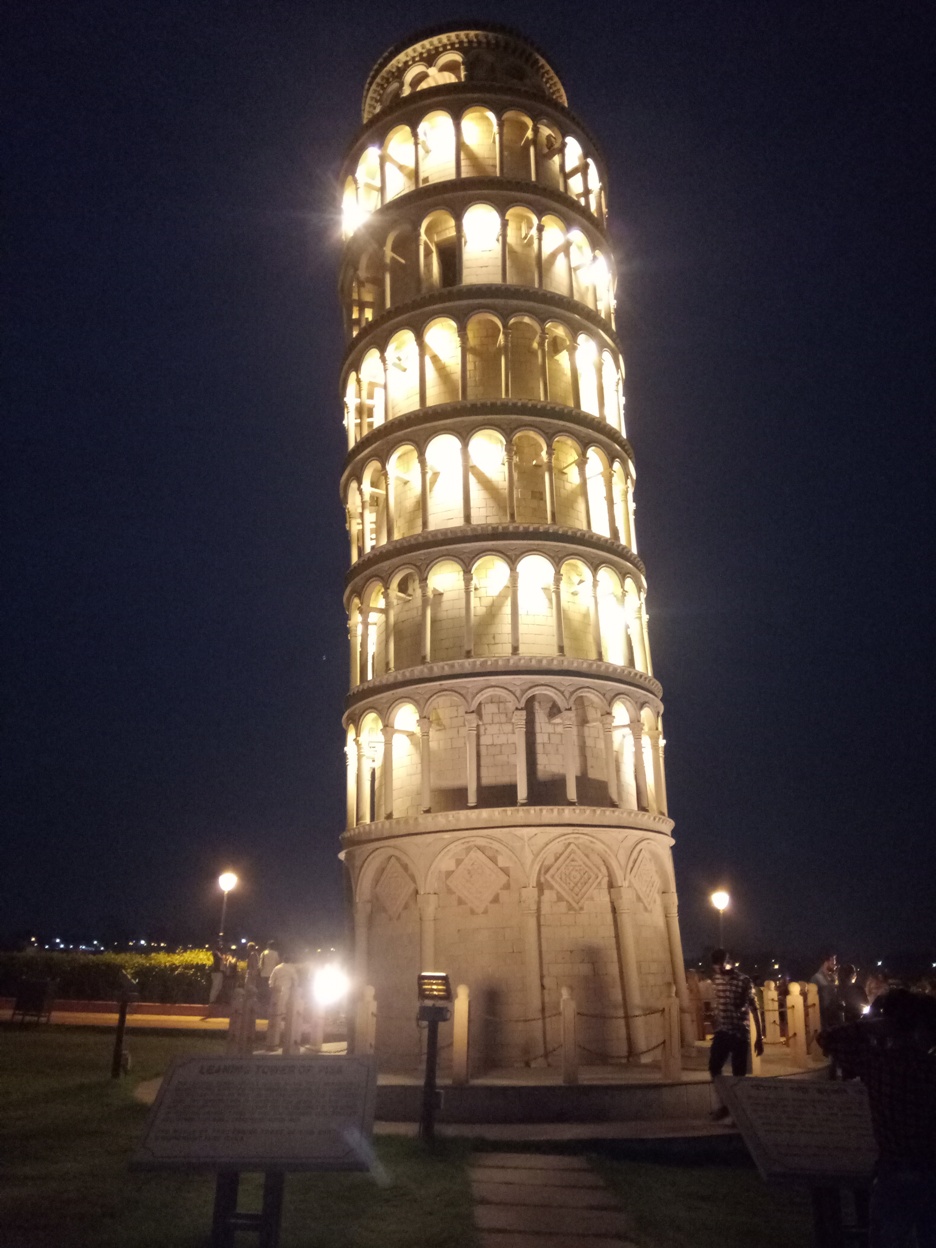 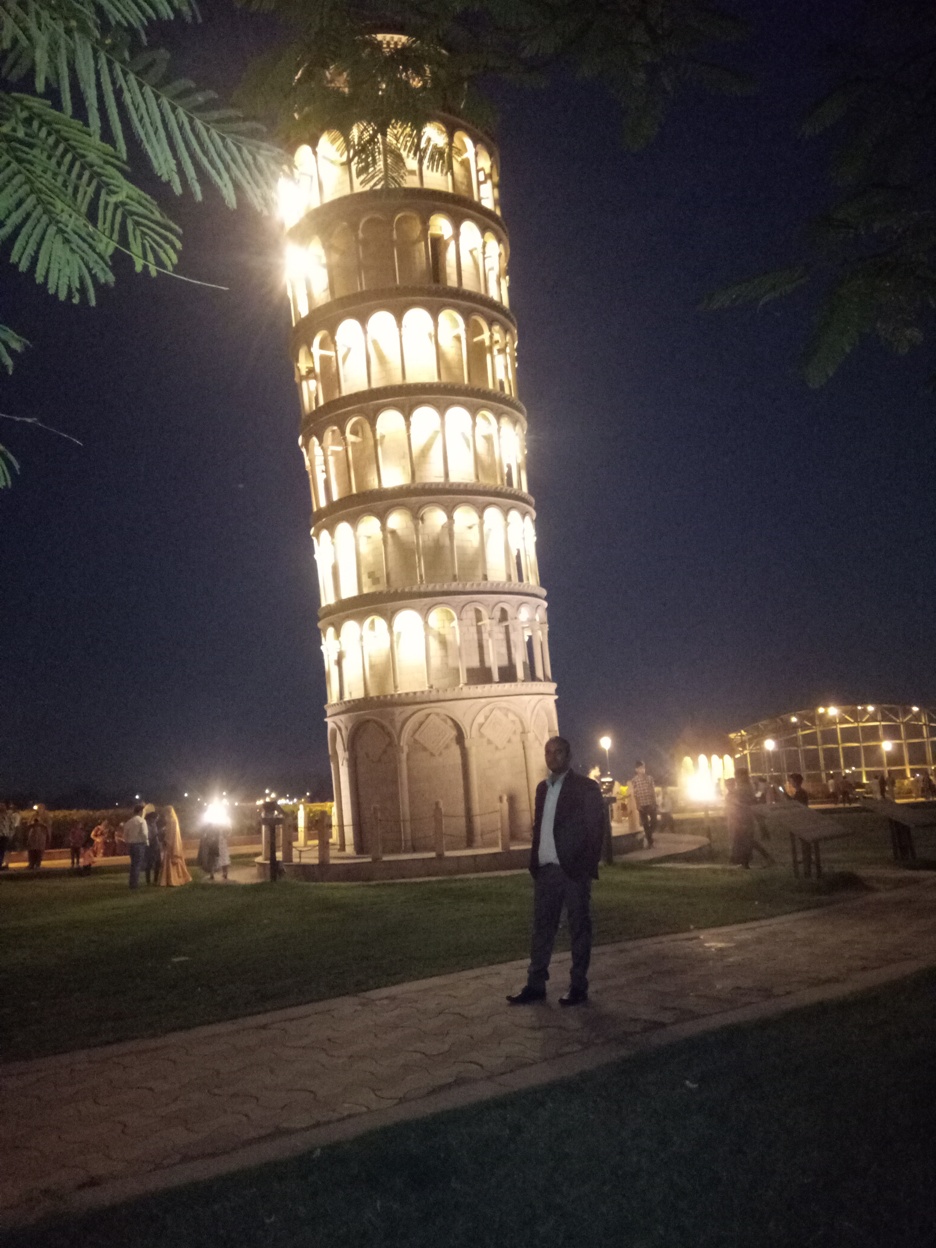 The Eiffel Tower was contracted during 1887-1889. In the international exhibition of Paris, it is 320.75 meter high including the antenna. This is made of steel and it was the worlds tallest building until 1930.

The model of Eiffel tower built Kota is heaving height about 30.00 meters. 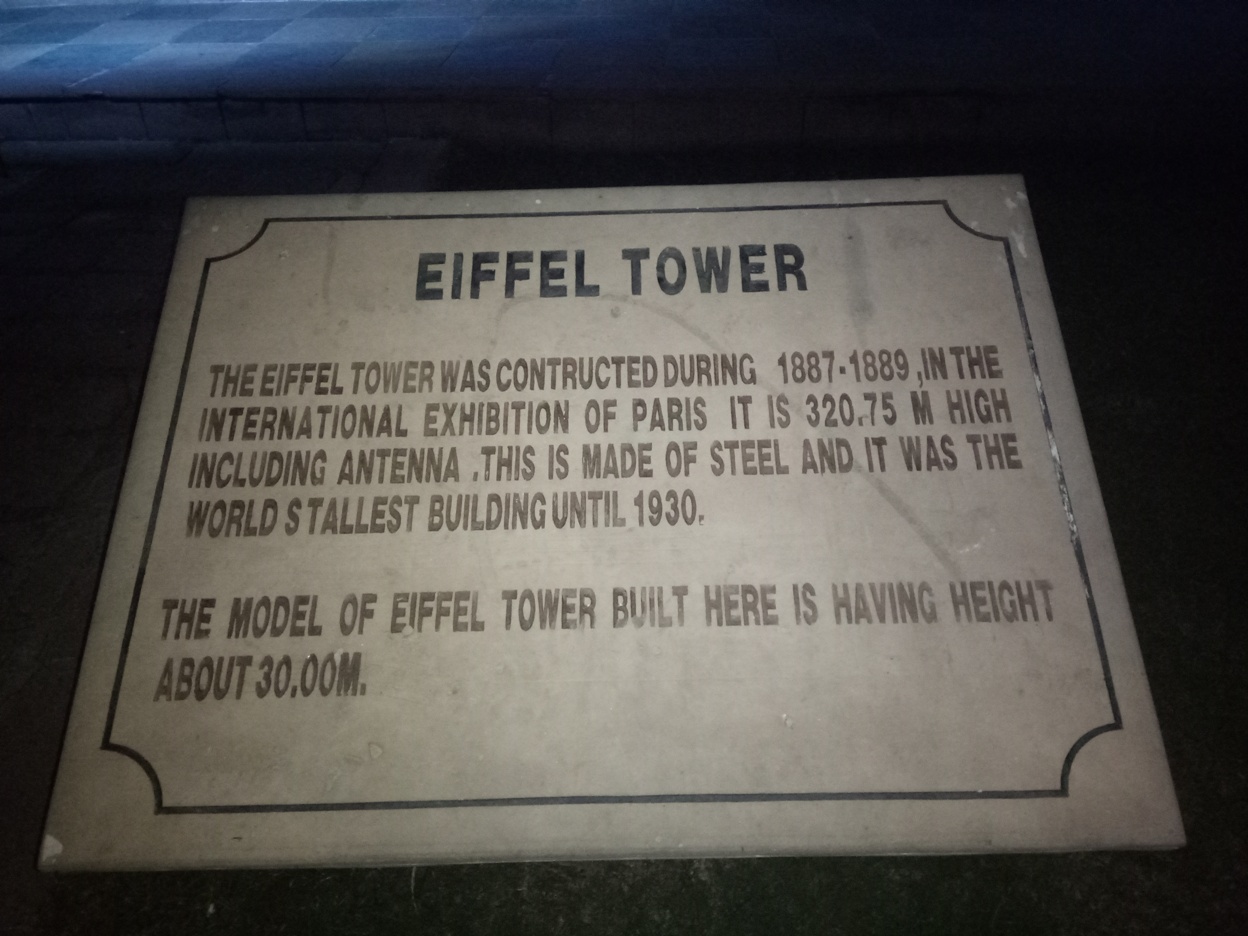 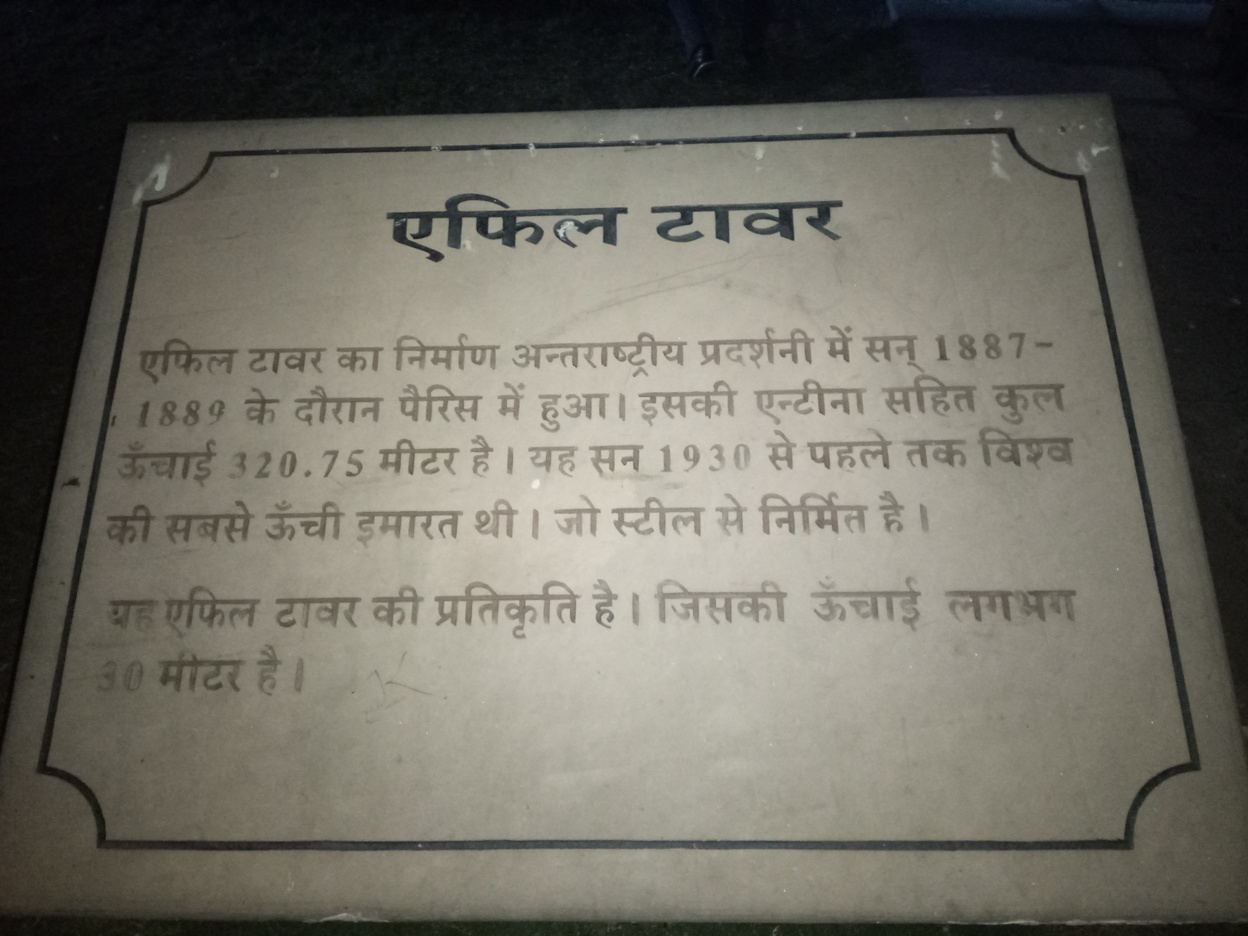 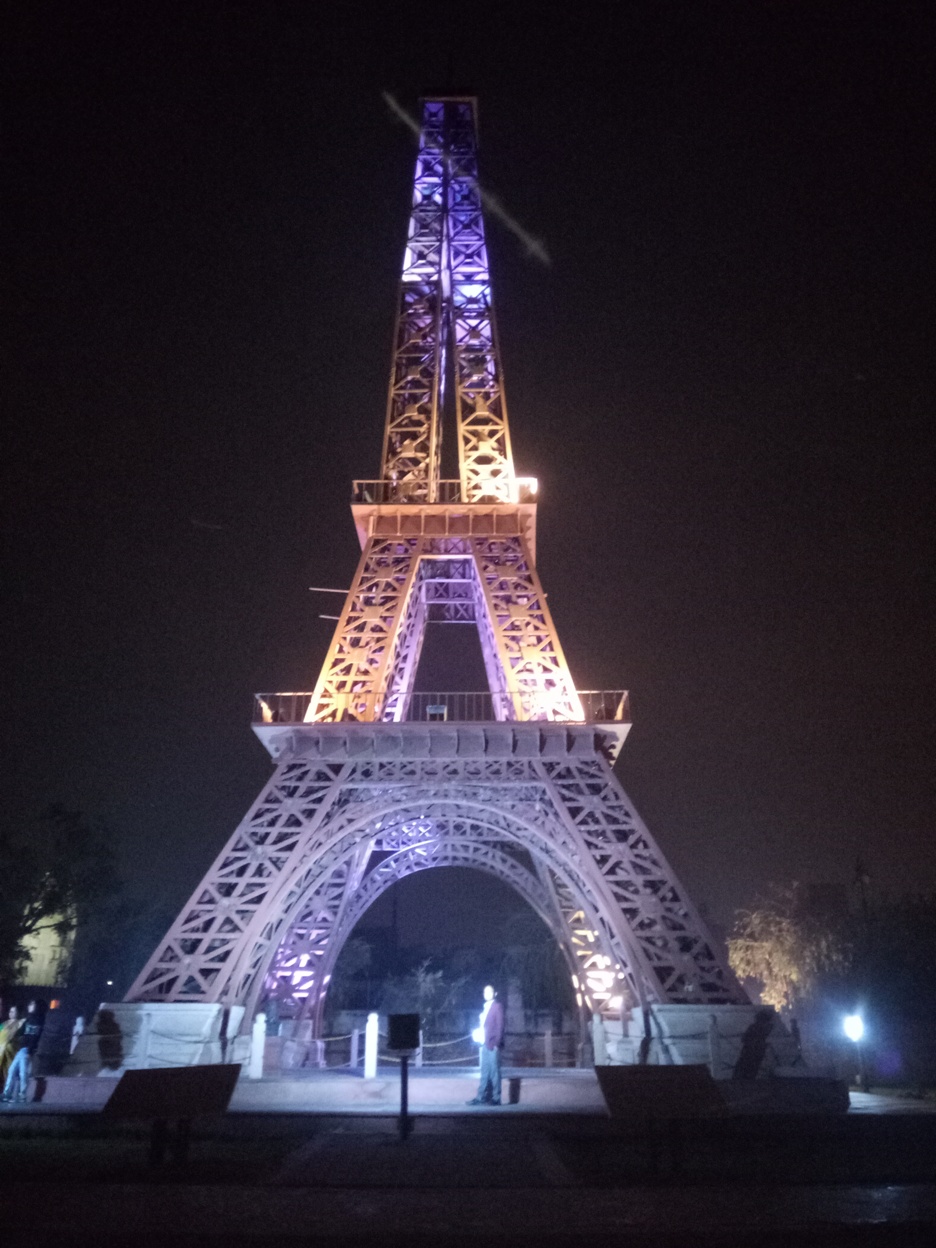 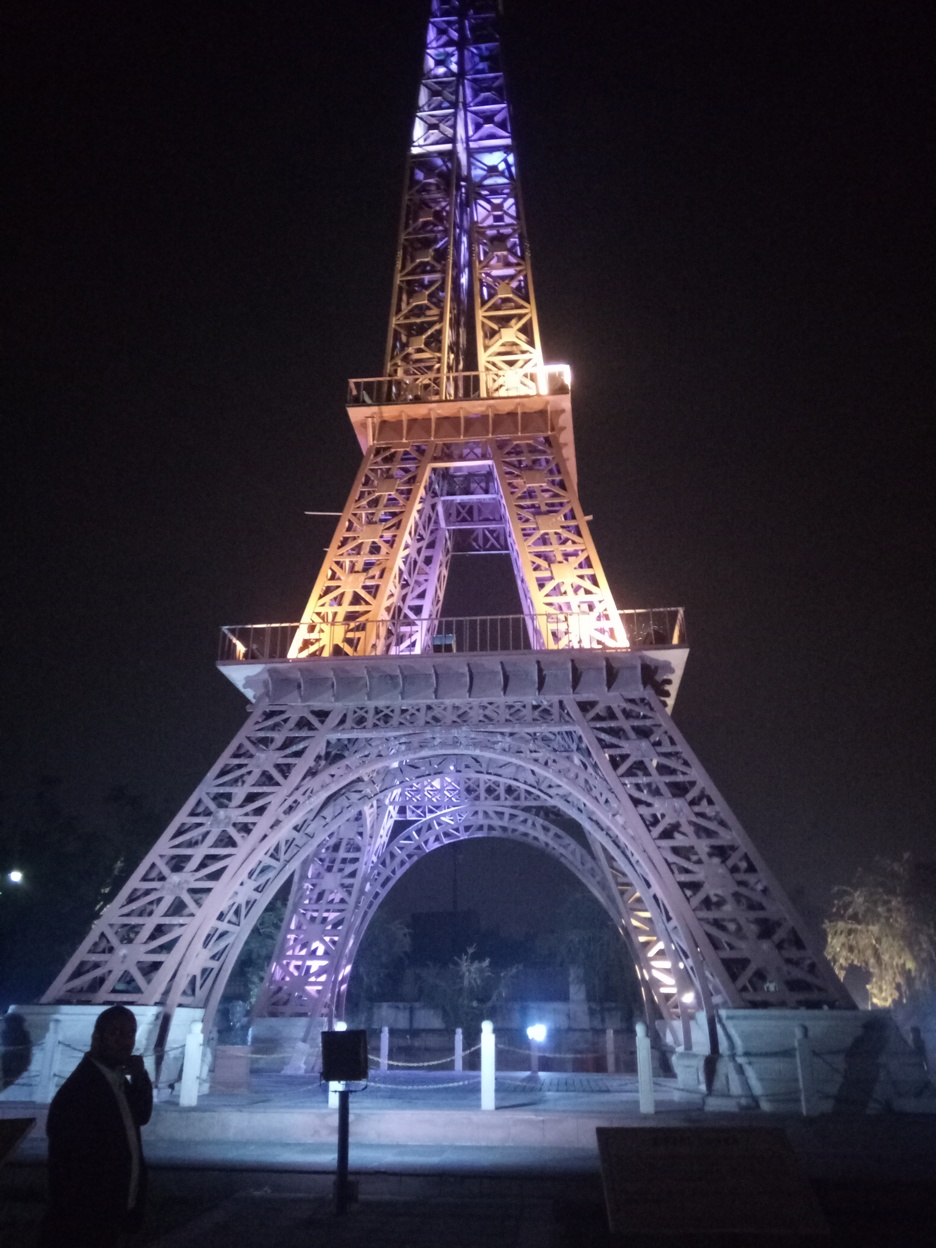 Christ the Redeemer, the most important monument of the Catholic parishioners the statue of Christ the Redeemer is located at the top of Corcovado mountain the entire monument of statue of Christ the redeemer is 38 meters high with the statue accounting for 30 meters and overlooking the city of Rio de Janeiro is one of the tallest statues in the world the span from fingertip to fingertip is 28 meter. The construction of the statue had begun in 1927 and completed in 1931.

The model of Christ the redeemer built Kota is about 6.00-meter high mountain and about 2.5-meter high statue. 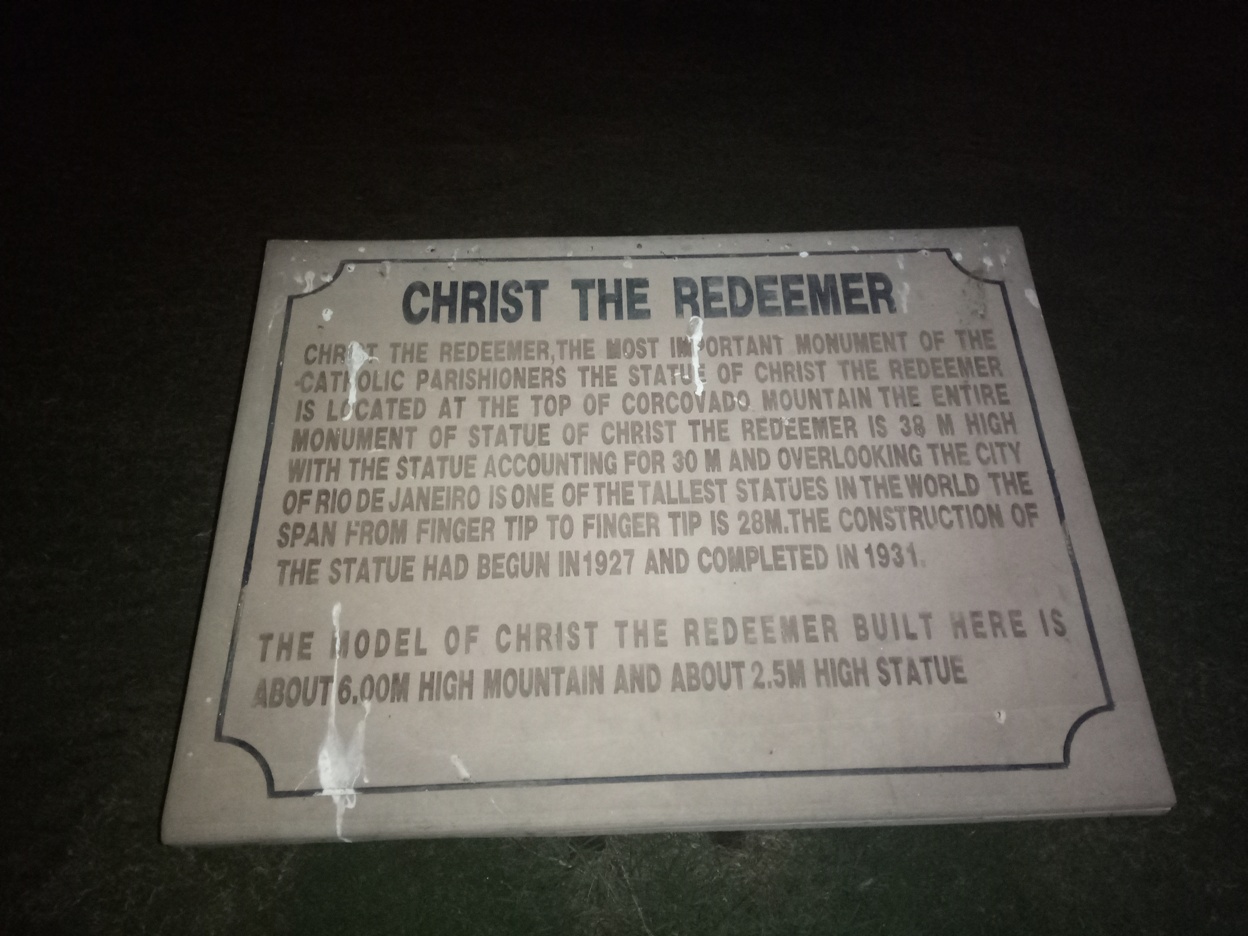 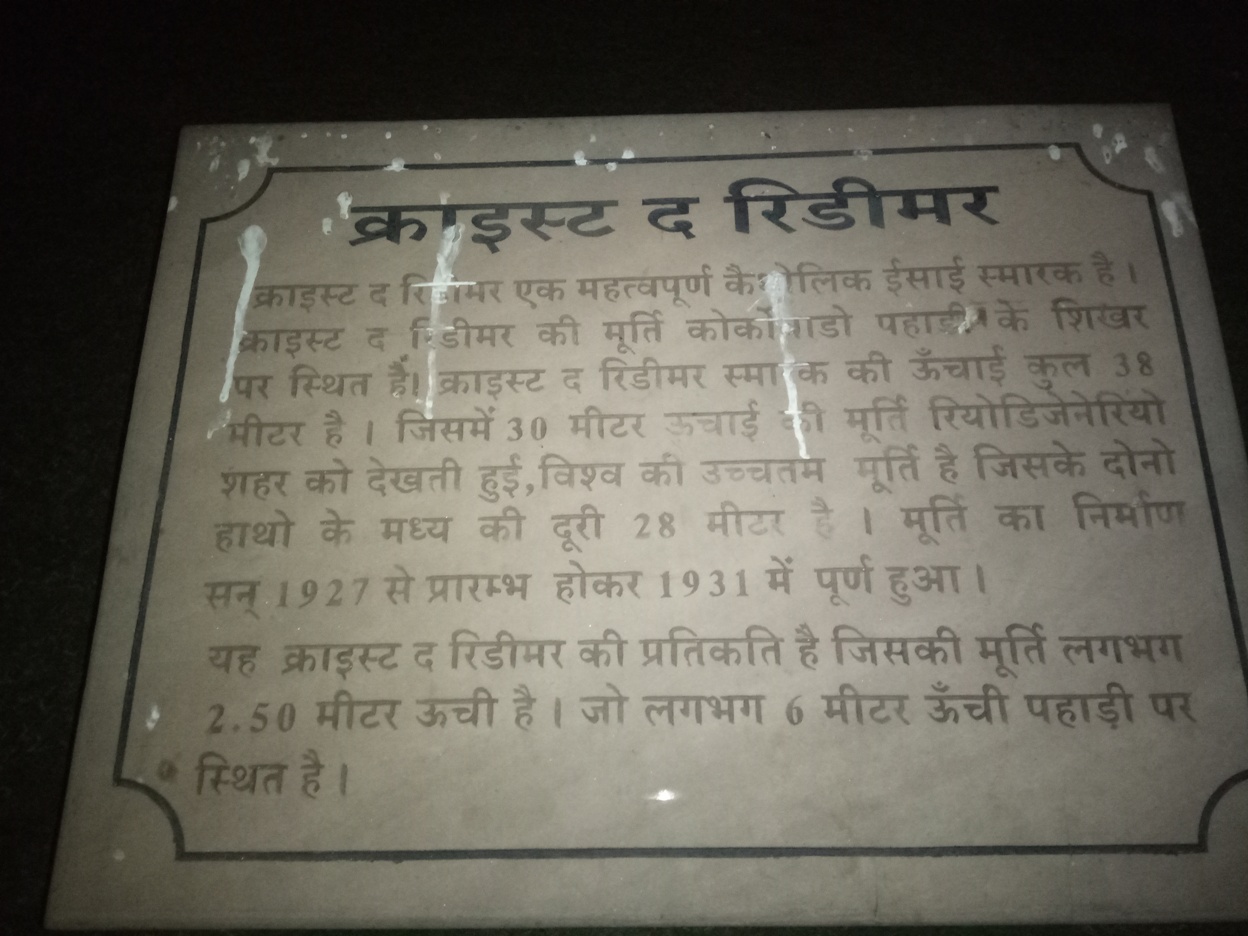 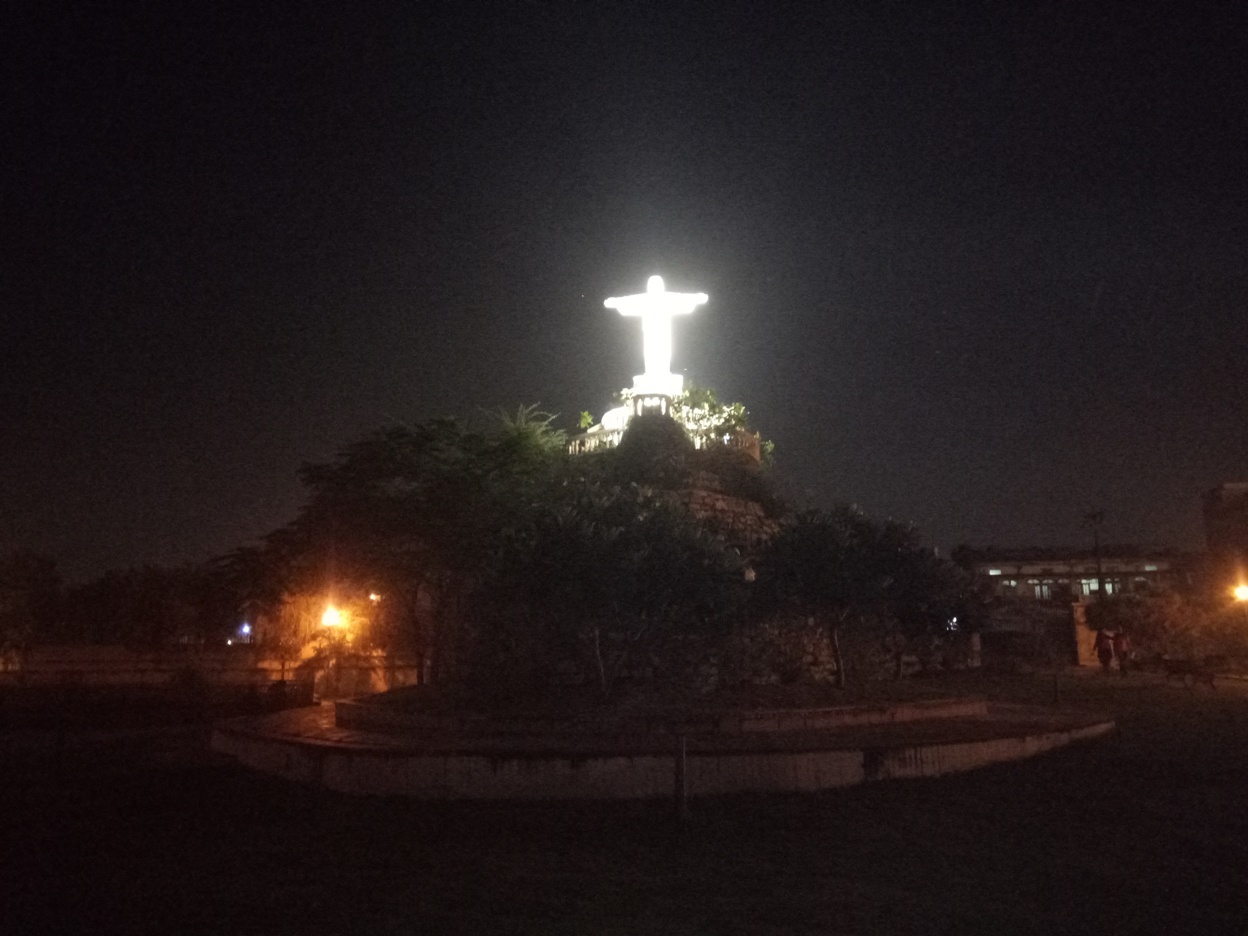 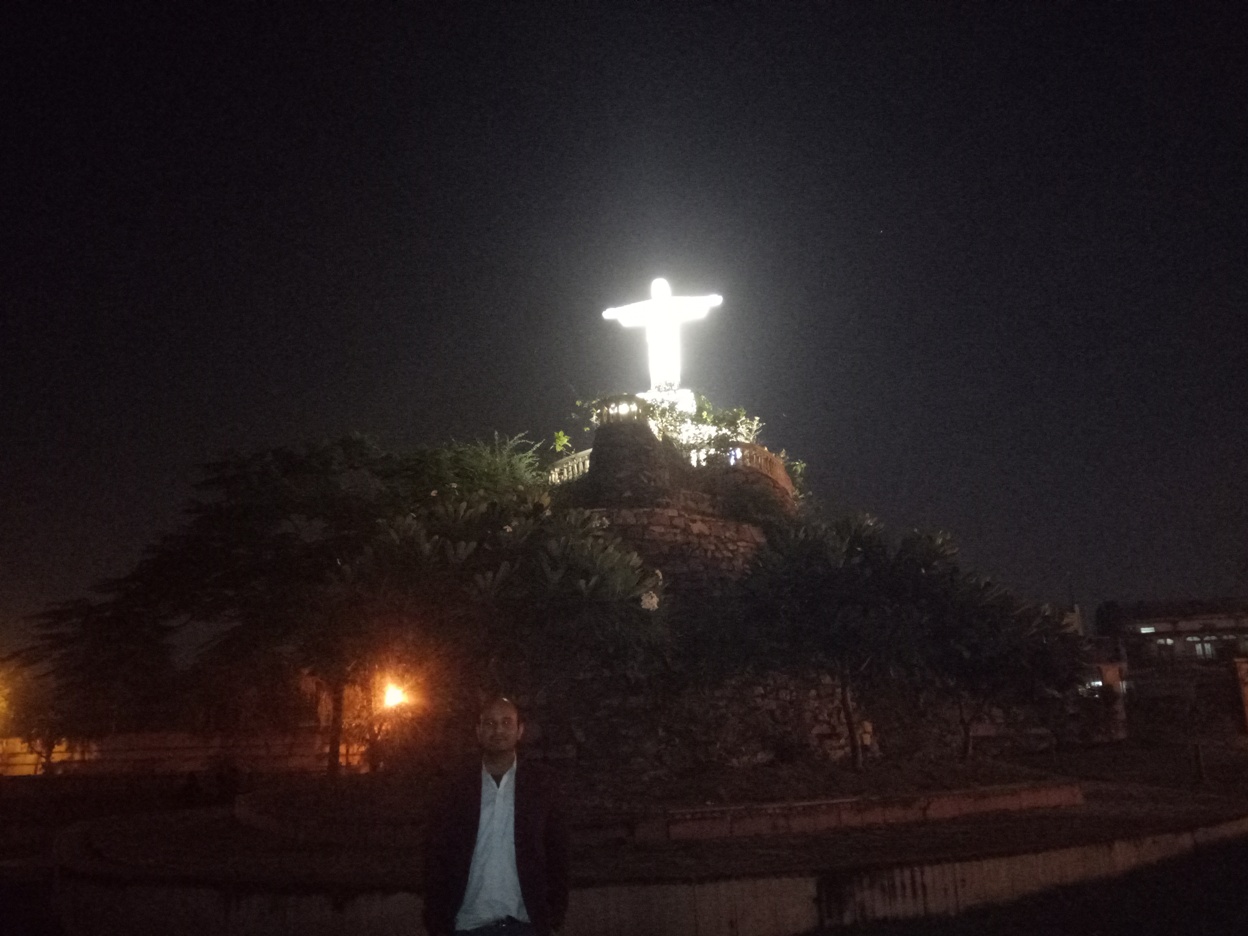 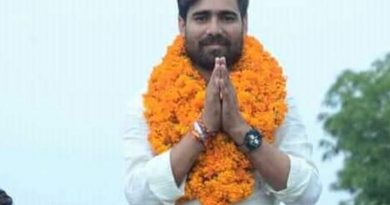 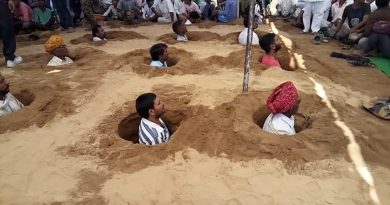 Abyssinian Cat The Abyssinian is a thin, fine-boned, medium-sized feline. The head is decently wedge-molded, with a slight break at the